Some locations to be snapped up by other grocers

The venerable Dominick’s grocery chain has reached its expiration date.

On Saturday, dozens of unsold Dominick’s stores will close their doors, ending a nearly 90-year run as a Chicago institution, and a painful three-month farewell. But shopping may return to many of the locations, as competing grocers maneuver for a bigger slice of the market.

About 57 Dominick’s locations are up for grabs, with Mariano’s and Jewel-Osco having acquired 11 and four stores, respectively. Those stores will begin transitioning to their new banners next month, according to executives.

Sources say Joliet-based Central Grocers, a distribution cooperative that supplies produce, meat, dairy and private-label Centrella products to more than 400 Chicago-area stores, is considering other locations in partnership with a number of independent supermarkets. Austin, Texas-based Whole Foods is also said to be considering sites.

Neither Whole Foods nor Central could be reached for comment.

Although new owners may not be finalized before Dominick’s ceases operations, negotiations are likely to continue for some time after the stores are closed.

Jim Hertel, managing partner at Barrington-based Willard Bishop, a grocery consulting firm, said people generally shop at several different grocery stores each month, and will be likely to return for a new offering — as long as the store doesn’t stay dark indefinitely.

“If something happens a month from now, and the store gets remodeled and it becomes a new offering, it probably goes right back on the rotation anyway,” Hertel said. “You wouldn’t want to let it go for months and months, but I don’t think there’s a light switch that’s going to be turned off on Saturday night that is going to make it a very difficult restart.”

Dominick’s parent, California-based Safeway Inc., announced in October that it would shut the longtime Chicago grocery chain, which lost $35.2 million through the first nine months of 2013. It notified the state that it will close all its unsold Chicago-area stores by Dec. 28, affecting more than 6,000 workers. Jewel offered jobs to about 450 employees in the stores it acquired; Mariano’s opened up the positions to new applicants.

The fate of most Dominick’s employees is as unclear as that of the stores they worked in.

On Friday, the Safeway real estate website listed 36 Dominick’s locations as available, but sources say the total number of unsold stores will likely shrink to about 20 after deals in the works are finalized.

Hertel said the unsold stores will continue to be marketed by Safeway, but he doesn’t envision a new player making a move to acquire all of them.

“Existing players in the marketplace may re-evaluate additional locations, or the stores may, in fact, end up going dark,” Hertel said.

This week, Chicago Mayor Rahm Emanuel announced the members of a grocery store task force that will work to find new owners for stores left vacant after Safeway exits the market. Sources say that the bulk of unsold stores will likely be in the suburbs.

One lone Dominick’s store will carry the chain’s banner, and its products, for another month. Shelves have been restocked, and the north suburban Bannockburn store will stay open until Jan. 25 “per our lease agreement,” Safeway spokeswoman Teena Massingill said in an interview last week.

It is not clear what will happen to any unsold products after Dominick’s shutters its chain. Calls to Safeway on Friday were not returned.

Even with three months to prepare, the end of Dominick’s may still be painful for many longtime patrons. While calling it a “sad day,” Hertel said the imminent arrival of new stores in the same locations will eventually help shoppers deal with the loss.

“As the new stores open up, people are probably going to be looking at it and going, this is not such a bad thing after all,” Hertel said. “They’ll probably get over the closure sooner rather than later.” 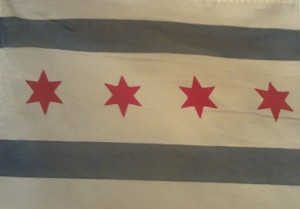 About 6,000 Dominick’s grocery store workers lost their jobs on December 28 across the Chicago, Illinois region, after the chain’s parent company, Safeway, failed to find buyers for the stores. Safeway put the stores up for sale in October, responding in part to pressure from a major shareholder, the hedge fund Jana Partners…

In contrast, Safeway, its stockholders, and Jana Partners have all reaped rewards from the closures…

Jana Partners, a hedge fund, publicly demanded that Safeway carry out changes that included exiting “subscale and lower margin geographies.” The statement pushed Safeway stock above $30, the highest price since 2008.

Safeway, which owns over 1,400 grocery stores, bought the Chicago-based Dominick’s chain in 1998. Since that purchase, it had lost significant market share and closed over 40 stores, making it a target for asset strippers like Jana Partners.

Three weeks after Jana Partners’ demand for cost-cutting was released, Safeway announced the sale or closure of the 72 remaining stores in the Dominick’s chain. Safeway stock rose to $33 a share, and has remained in that range as the stores have been closed.

The total earnings for Jana Partners has not been disclosed, but at present prices it amounts to tens of millions of dollars, as Jana Partner’s holdings are over 25 percent higher than their purchase price…

The result is the worst mass layoff in the Chicago region for years. Of the 72 suburban and city stores, only 19 are known to have new owners—Mariano’s bought 11, Whole Foods four, and Jewel-Osco four. Only Jewel will carry over employees (450), otherwise, employees have to reapply for their jobs…

The locations that have been bought within the city of Chicago are nearly all in higher-income areas where retailers like Whole Foods and Mariano’s see a market for high-end groceries. Five stores have no known buyers in the North Side of the city, as well as a location on 71st street in the South Shore neighborhood. Dozens of others in the suburbs remain unclaimed.

In these areas and others, customers will have to travel farther and possibly pay higher prices. The South Shore location in particular lacks many other food options; it was already only one of a few full-sized grocery stores in a vast area of Chicago’s working class South Side.

Despite Dominick’s having a unionized workforce, no opposition was organized by the United Food and Commercial Workers union. It simply sought to make sure the closures proceeded in an orderly way, and stated that it would work with new buyers to negotiate labor contracts.

Even though the closures and layoffs loomed for months, Democratic Mayor Rahm Emmanuel waited until Christmas Eve to announce appointees to a “grocery store task force.” The group includes city, business, union officials, and will seek “to help address the potential impacts of closing grocery stores,” even though the layoffs and closures have already taken effect.