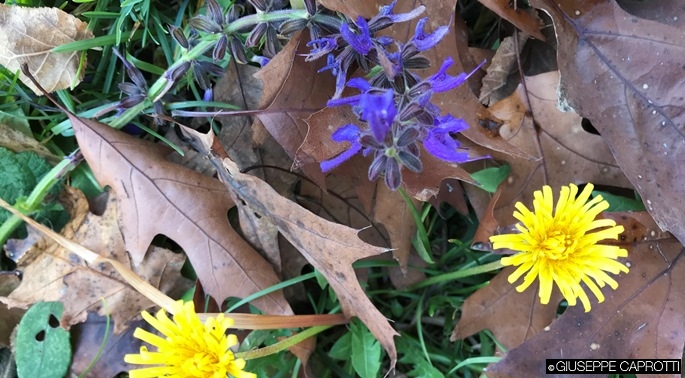 English text at the end.

If you are not convinced by the fact that climate is changing just look at the pictures taken above in Albiate in November 2017. They are similar at the ones taken the year before, and the ones taken in 2015…

I own this place from 2003 and every year we have the same problems: plants flowering out of season and drought.

(*) The Caprotti family comes from Albiate.