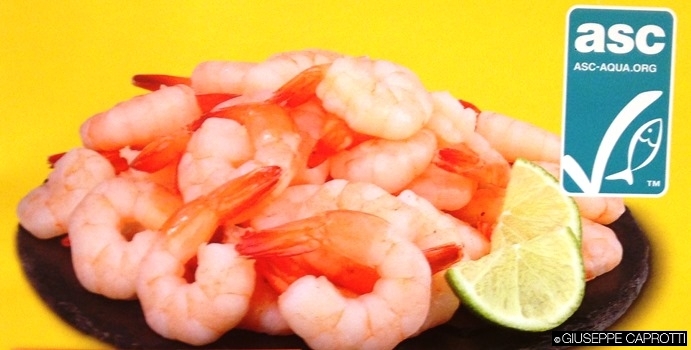 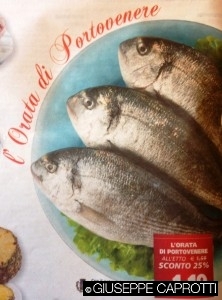 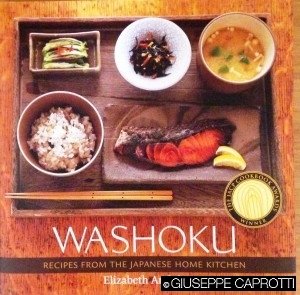 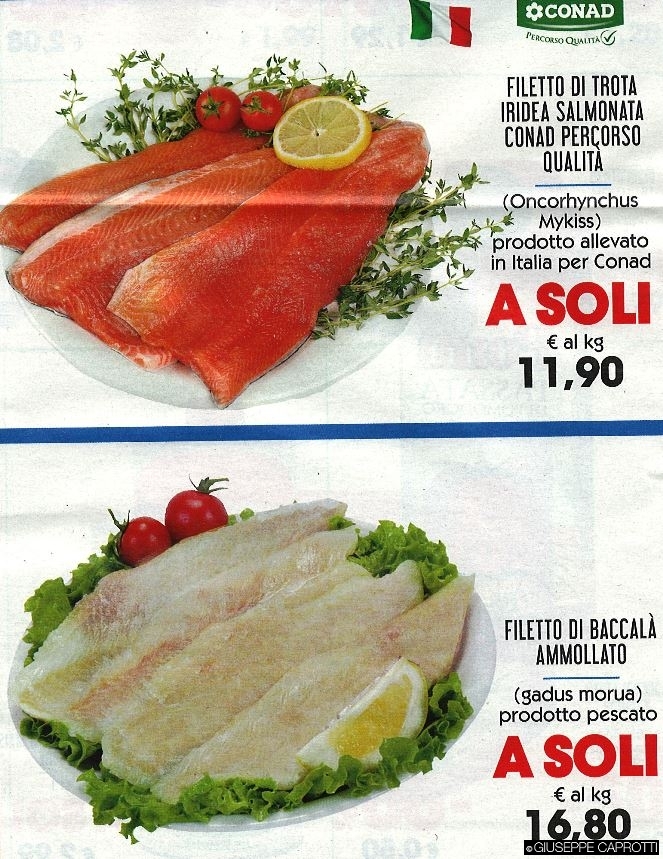 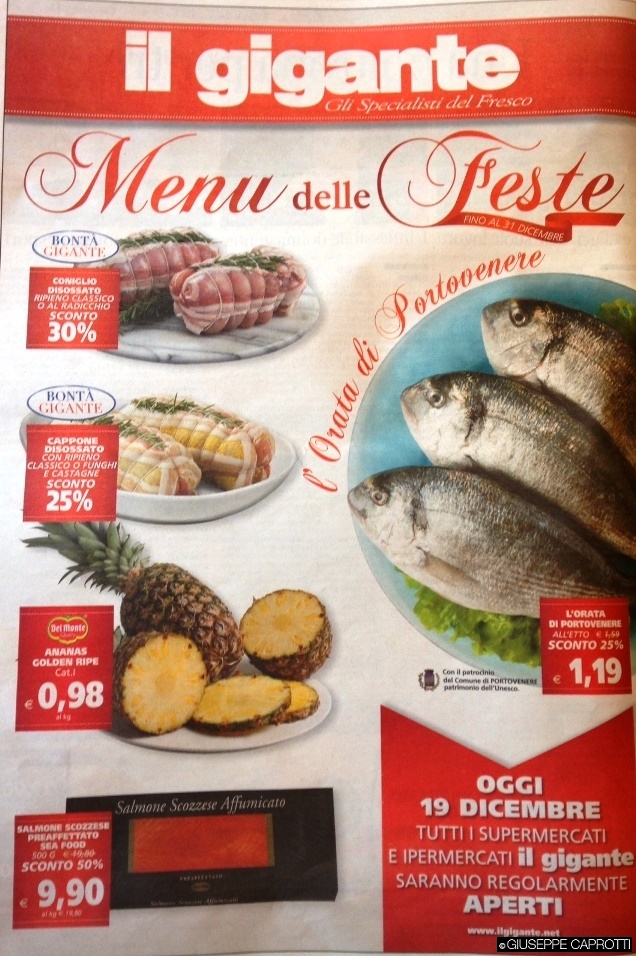 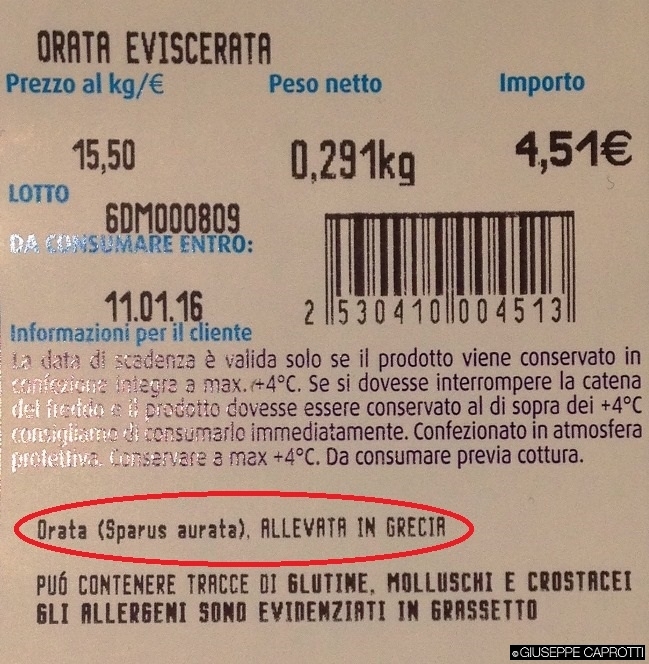 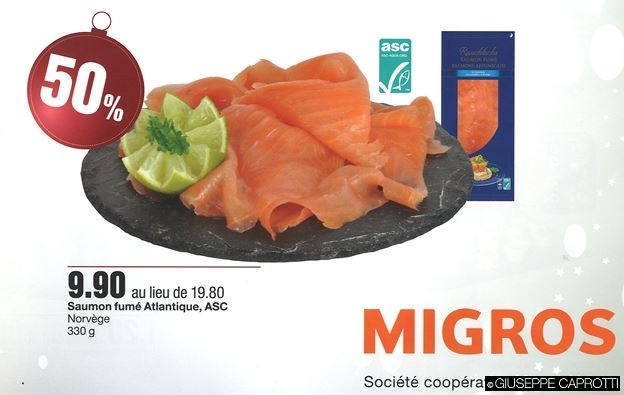 Burmese men, women and children are being sold to factories in Thailand and forced to peel shrimp that ends up in global supply chains, including those of Wal-Mart and Albertsons, an Associated Press investigation found. (AP)

Last year, the Guardian shed light on an uncomfortable — and unfortunate — truth about much of the shrimp sold in North America, Europe, Japan and elsewhere around the world. A six-month-long investigation revealed that torture, wage-theft, beatings and various other illegal practices were a reality in the production chain of the world’s largest supplier.

“If you buy prawns or shrimp from Thailand, you will be buying the produce of slave labor,” Aidan McQuade, director of Anti-Slavery International, told the Guardian at the time. And many countries do, including the United States, which imports about half of the shrimp Thailand harvests.

The investigation followed a 2013 report by the Environmental Justice Foundation, a nongovernmental organization, which chronicled the abuse in the Thai shrimp industry. It also spurred a flurry of corporate responses: Walmart said it was “actively engaged” in the issue; Costco said it was telling its suppliers “to take corrective action;” and Tesco, the largest supermarket chain in Britain, called it “completely unacceptable.”

A new report published on Monday by the Associated Press holds that such abuses are still rampant in the Thai shrimp industry. What’s more, major markets around the world aren’t doing a good job of keeping shrimp peeled by modern-day slaves out of their food system. The AP investigation, which has led to the freeing of thousands of indentured fishermen, dozens of arrests and millions of dollars in seizures, found that the United States has been particularly poor in this regard. This, per the report:
U.S. customs records show the shrimp made its way into the supply chains of major U.S. food stores and retailers such as Wal-Mart, Kroger, Whole Foods, Dollar General and Petco, along with restaurants such as Red Lobster and Olive Garden.

It also entered the supply chains of some of America’s best-known seafood brands and pet foods, including Chicken of the Sea and Fancy Feast, which are sold in grocery stores from Safeway and Schnucks to Piggly Wiggly and Albertsons. AP reporters went to supermarkets in all 50 states and found shrimp products from supply chains tainted with forced labor.

In part, the problem stems from the growing appetite for ready-to-cook shellfish, which is peeled before it’s packaged and frozen. The result is a stir-fry-friendly food that is easy to make and has proved wildly popular (shrimp is now far and away the most popular seafood in the United States). But the labor required to provide that luxury is so large that exporters have turned to unregistered peeling sheds, where workers are overworked, underpaid and often unable to leave. 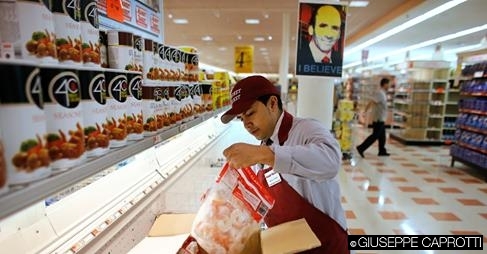 The burden has largely fallen on migrants, who, desperate for work, are likeliest to oblige. And the government has done little to curb the conditions. This is how Gwynn Guilford, who has written extensively about slave labor in the seafood trade, described the role of migrant workers in a 2013 piece:
Unsurprisingly, Thais long since stopped taking those jobs. Migrants, mostly from Myanmar, can earn more there than they would at home, and thus send money to support their families. Though Thailand’s estimated 3 million migrants make up 10% of its workforce, in seafood processing, they compose 90%.

But protecting workers and punishing abuses is expensive. It also risks making Thailand’s exports pricier. Maybe that’s why the government does neither.

The conditions aren’t helped by countries, such as the United States, which allow slave-peeled shrimp to enter the domestic supply chain. A near-century-old exemption contained in the U.S. tariff code stipulates that companies can bring goods into the country that don’t meet domestic labor laws (i.e. that were produced with forced labor) if there is a supposed shortage of that good, but in the United States precise demand is a tough thing to pinpoint. The result is a loophole that allows food sourced from deplorable means to slip through the cracks. A bill that would close the loophole was introduced earlier this year and has since passed the Senate and House of Representative, which are still working to resolve differences.

The truth is that even for companies hoping to escape such seafood, it’s not very easy. The issue is further complicated by the ease with which slave-peeled shrimp dissolves into the system. The AP tracked shrimp from one unregulated peeling shed to a number of major exporters, all of which claimed to abhor the very practices that were helping to boost their supply. Several American companies told the AP that their supplier had assured them their shrimp wasn’t being served at the expense of abusive labor practices, but that supplier later admitted that it couldn’t account for the source of all of its shrimp.
The AP published a list of grocers that it visited randomly and found such shrimp (the list runs dozens of companies long), but the problem is likely far more extensive. On Monday, Martha Mendoza, who was part of the team that conducted the investigation, participated in a Reddit “Ask me Anything,” where experts, celebrities and other people of public interest open themselves up to questions. She said they found that just about every grocery store in the United States had supply chains that could be linked to modern-day slavery. She also lamented that “there is more oversight in seafood to protect dolphins than there is to protect humans.”

Thailand is hardly the only offender — the U.S. State Department has tied some 55 countries to such practices — but it is among the worst offenders. The Global Slavery Index estimates that the country is home to nearly half a million enslaved workers, and specifically cites the shrimp industry as a leading contributor. The 2014 Guardian report, meanwhile, holds that the Thai government condemns the same abuses that its officials help to perpetuate.

The European Union, which has already slapped Thai seafood imports with a hefty tariff, is weighing the possibility of an outright ban. It’s hard to see how this latest investigation won’t increase the likelihood of a ban.

So far, reaction to the report has been mixed. Some have called for a boycott of seafood linked to Thailand. Others have dismissed the idea as counterproductive, arguing that continuing to source from the country but demanding better oversight is a more practical and ultimately effective approach. Companies, meanwhile, have denied that shrimp made from slave labor is entering their supply chains, despite the fact that the AP investigation found otherwise.

Roberto A. Ferdman is a reporter for Wonkblog covering food, economics, and other things. He was previously a staff writer at Quartz. 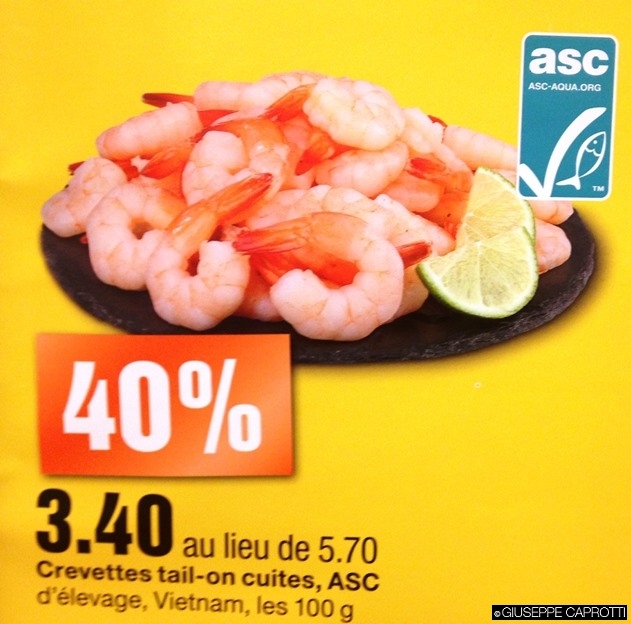